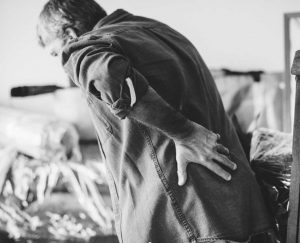 Joint pain is a common condition that has many different causes. Almost 15 million Americans live with severe discomfort of joint pain each day, and the figure is rising. Joint pain has a variety of causes – injuries such as sprains and strains, osteoarthritis, rheumatoid arthritis, fibromyalgia and gout can all be responsible for joint pain. Regardless of the cause, if you suffer from joint pain, it’s likely that you are familiar with sleepless nights. Below are some tips on how to sleep with joint pain.

There are a number of different therapies and remedies for managing joint pain. Medications that can be taken in pill form or applied as a cream to the afflicted area may provide some relief. However, our bodies can build a resistance to painkillers, causing us to require higher doses and risk addiction or worse.

Gentle exercise, such as swimming or other aquatic exercises that use water to provide resistance as well as supporting our body weight can be helpful. A scientific review in 2015 found that participating in 40 – 60 minutes of aquatic exercise three times a week helped to improve coordination, range of motion and mood while also reducing pain and body fat.

Tai chi and Yoga have also been found to be beneficial in the management of joint pain. The low-impact, slow, and gentle movements of these practices improve muscle strength, balance and mood along with reducing pain and helping people manage the symptoms associated with joint complaints.

Some joint pain is caused by a malfunctioning immune system that attacks otherwise healthy parts of our systems. This is the case with Rheumatoid arthritis and fibromyalgia. In these cases where the person is experiencing severe chronic pain, alternative therapies such as transcutaneous electrical nerve stimulation (TENS) or radon therapy may assist.

Radon therapy involves the inhaling low-dose radon gas, drinking or bathing in radon imbued water.  While research is ongoing, radon treatment has been available in Europe and other parts of the world since the early 1900’s. This exposure to low doses of radiation stimulates cells into performing functions including DNA repair and the suppression of inflammatory reactions.

Often it is night time, when we’re trying to rest, that joint pain can become unbearable, inhibiting sleep and causing the next day to be difficult if not unmanageable. It is hardly a surprise that people who experience chronic joint pain have difficulty sleeping.

If joint pain makes it difficult to sleep at night, exercising through the day, two or more hours before bed can help you fall asleep and enjoy a better night’s sleep. Even the gentle exercises described above will stimulate endorphin production – the hormone that subdues our pain perception and is associated with feelings of ease and happiness.

Rather that heading to bed with joint pain, try to manage it before your retire. This can include a pre-bed massage, hot or cold therapy or a warm bath that relaxes muscles and joints.

Consider the firmness of your mattress and sleeping position. If the pain you experience is more intense when upright or extended, it is recommended that you adopt a fetal position, or sleep on your side with the assistance of pillows to help you maintain comfort. Medium-firm mattresses have been found to improve non-specific low back pain. If you find it difficult to get comfortable at night, try shopping around for a mattress that supports you where needed and eases the discomfort of joint pain.

In many cases, it is a combination of therapies and changes to bedtime routine and furniture that provide the greatest relief from joint pain throughout the day and into the evening. It is wise to try a number of different remedies and solutions to help you discover the perfect combination for you.

This Incredible Use for Radon Will Blow Your Mind

Widely used as a cancer therapy and to help relieve pain from autoimmune diseases, radon therapy is gaining popularity, especially for people looking for a ankylosing spondylitis (AS) treatment.

Pam Alvarez, featured on Radonmine.com, swears by the radon mines in Boulder, MT for her ankylosing spondylitis treatment. She says, “My second 10 day stay was October 2006.  I’m now at home doing what I love to do instead of in a doctor’s office thinking about my aches and pains.”

The video game Far Cry 5 was modeled after the Free Enterprise mine, several summers ago developers came and photographed and toured the mine. The game is identical to our underground tunnels with the addition of toxic fumes called “bliss” and some barrels. Here is an image from the game. 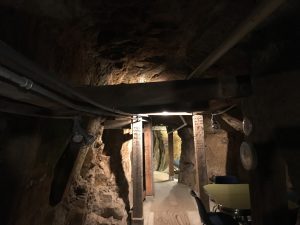 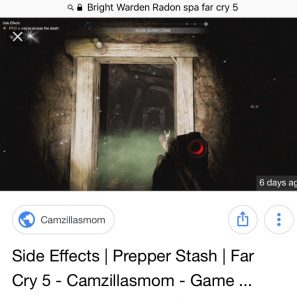 Editorial-When scientists fail at science: why low-dose radiation exposure is not to be feared

The following op-ed was rejected by a popular physics journal and seven of the country’s leading newspapers, including The New York Times, Wall Street Journal, USA Today, Washington Post, and LA Times. It is at least as important to know that the mass media, with the notable exception of our own Green Valley News, generally refuse to acknowledge that, for the better part of a century, the science of radiation biology has been corrupted by special interests, such as self-perpetuating regulatory agencies and certain radiologists whose reputation rests on being harbingers of doom and protectors of the populace. This has caused untold harm to hundreds of thousands of people, who have suffered from unwarranted forced evacuations near nuclear power plant accidents and fear-driven refusal to have necessary and potentially life-saving X-rays and CT scans.

Radon: Risk and Reality – the facts

A large portion of the general population is under the impression that the scientific community has concluded that exposure to indoor radon conclusively causes cancer, and that there is scientific consensus of this “fact.” Most people are not aware of the fact that there are actually no conclusive studies that have ever demonstrated that exposure to indoor radon, as commonly seen in the overwhelming vast majority of houses, increases the risk of cancer by any amount, and in fact, in the larger and better studies, what we see is that the risk of cancer actually goes down with increasing radon concentrations; to a critical elevated level (not seen in houses) wherein the risk then begins to rise. But those kinds of radon levels where risk increases is virtually never seen in houses.

In fact, even the EPA, buried deep within its risk estimates,3 very clearly reports that it has no evidence that the risk increases, and that even their studies conclude that as radon concentrations in in homes go up, lung cancer rates go down.

The elevated estimates of risk typically reported to the general population have come exclusively from (discredited) mathematical models, supported by a billion dollar radon industry (including academia), for which there is actually very little to no actual scientific support.

Some visitors who have read our general web discussion on radon wherein we discussion some of these issues, ask about the validity of using risk assessments (mostly by the US EPA), that were published ten or more years ago. Regardless of the date of the risk assessment article, radiation remains the same, human physiology is still the same, and no new profound advances have been made in Euclidean mathematics. As such, although our general web discussion on radon references EPA documents written perhaps ten years ago, the gravamen of the original discussion remains pretty much the same and current with today’s thinking

Some people in the radon industry reference newer articles arguing that newer scientific studies are available that conclusively prove, beyond any doubt, that exposure to residential radon, at concentrations normally seen in houses causes cancer. As an example, one individual, who earns his living by selling radon testing services – and therefore has a vested interest in promoting the notion that indoor radon causes cancer- pointed to three new published studies claiming the new studies prove that residential radon exposure causes cancer. FACTs agreed to provide a critical review of the papers; and we have presented those reviews here.

The reviews presented here have been written for a non-scientific audience. As such, in some cases, the specific language used may lack our normal precision for the sake of clarity. As will be seen, none of the papers support the argument that exposure to radon, as typically seen in residences, poses a demonstrable or significant threat to public health.

The presentation of these papers as a supposed “proof” is a symptom of our society wherein information is presented by people who have never actually read the scientific data or studies, and have no real idea as to what is actually being said by the technical authors. We see this happening more and more, especially in the area of environmental issues such as global warming, wherein the general public has been duped into thinking that there is a scientific basis for the proposition, and that there is a scientific consensus; for which there is no science to support the claims, but there is a lot of emotion created by heavy handed politics. As such, a large fraction of western society presumes that if their government has made a policy regarding the risks of some particular event, then by that very fact, there necessarily must be credibility in the claims.